Create an Account - Increase your productivity, customize your experience, and engage in information you care about.

In 2005, Porter County amended the CEDIT rate after Indiana lawmakers established the Northwest Indiana Regional Development Authority (RDA). State legislation allowed Porter County to pay its $3.5 million dues to the RDA with a new income tax that would also include property tax relief for homeowners.

A bill that passed the Indiana Legislature in 2015, H.B. 1485, restructured the county option income tax laws. The tax is now known as the "Local Income Tax," or LIT, with different rate components and uses of the revenue. The transition took effect in 2017.

How is the LIT revenue used in Porter County? One-half of the total funding is distributed to the county, cities and towns for their operational needs; of the remaining half, $3.5 million is distributed to the Northwest Indiana Regional Development Authority, with the remainder used for a property tax credit on homesteads. For more information, see "LIT Distributions" and "County Homestead Credit."

The chart here shows the county income tax rates in Indiana's 92 counties in 2021, along with the number of counties in each rate range. Porter County is one of the two counties with a rate of 0.5% (.005). 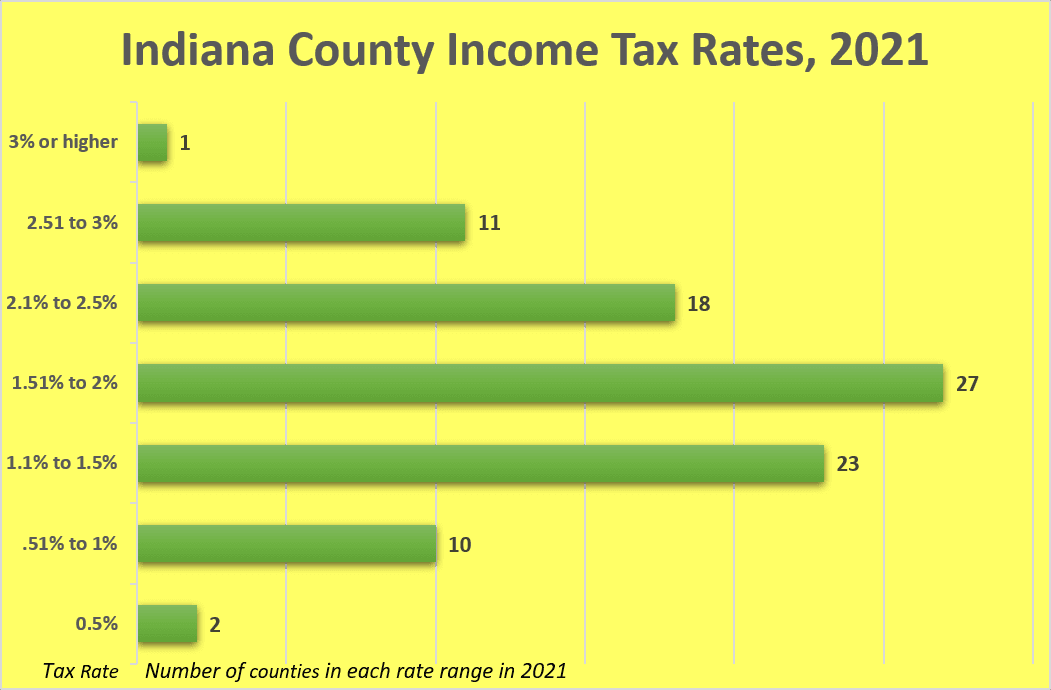